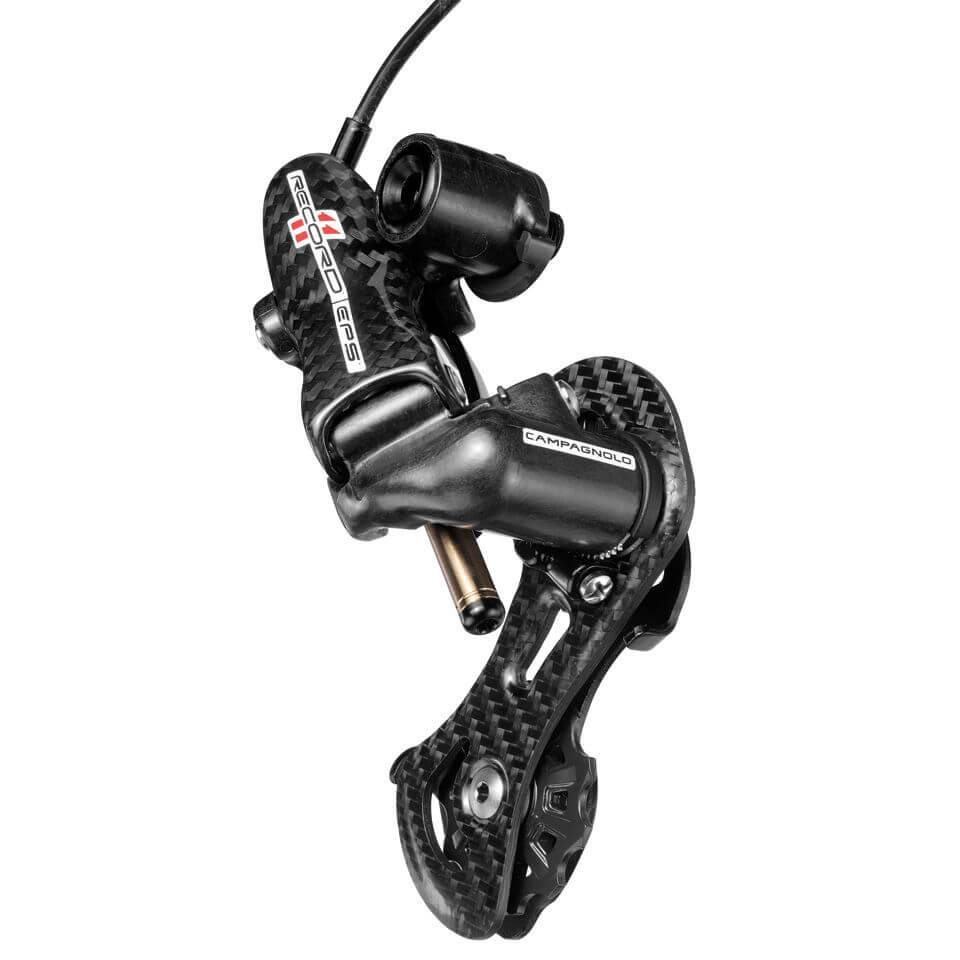 As with the mechanical parts, the rear derailleur represents the pride and joy of the EPS project and encompasses a series of technologies and innovations that allow shifting speed to be optimised and guarantee unprecedented precision, even in the case of multiple shifting with 11 sprockets at a time.

The EPS rear derailleur is comprised mainly of a mechanical structure, derived from the mechanical gear and composed of a derailleur rod/parallelogram/derailleur cage, of a worm screw enabled by an electronic actuator.

As with the derailleur, the electronic rear derailleur actuator is composed of a gear motor and a sensor, the built-in resolver, that reads its movements. The geometry of the parallelogram has been made more rigid and optimised to promote interaction with the electronic parts.

The lower and upper bodies, the parallelogram and the carbon derailleur cage are moved by a screw system and lead worm screw (not a spring screw) which, in turn, is enabled by the electronic actuator that communicates with the DTI. The built-in resolver inside the actuator is capable of reading the movements of the rear derailleur at any time and optimising its position by communicating with the DTI (Digital Tech Intelligence).

The rear derailleur is also equipped with a play recovery system using a helicoidal spring that optimises stability and precision and keeps operation and performance constant over time, even after many kms have been covered.

As with the mechanical rear derailleur, it is possible to optimise its position with respect to the frame and chain by acting on two adjusting screws: the screw that adjusts the mechanical end stop and the screw that adjusts the distance between the upper pulley and sprockets. By using these screws it is possible to optimise the installation of the rear derailleur and increase the precision of its operation.