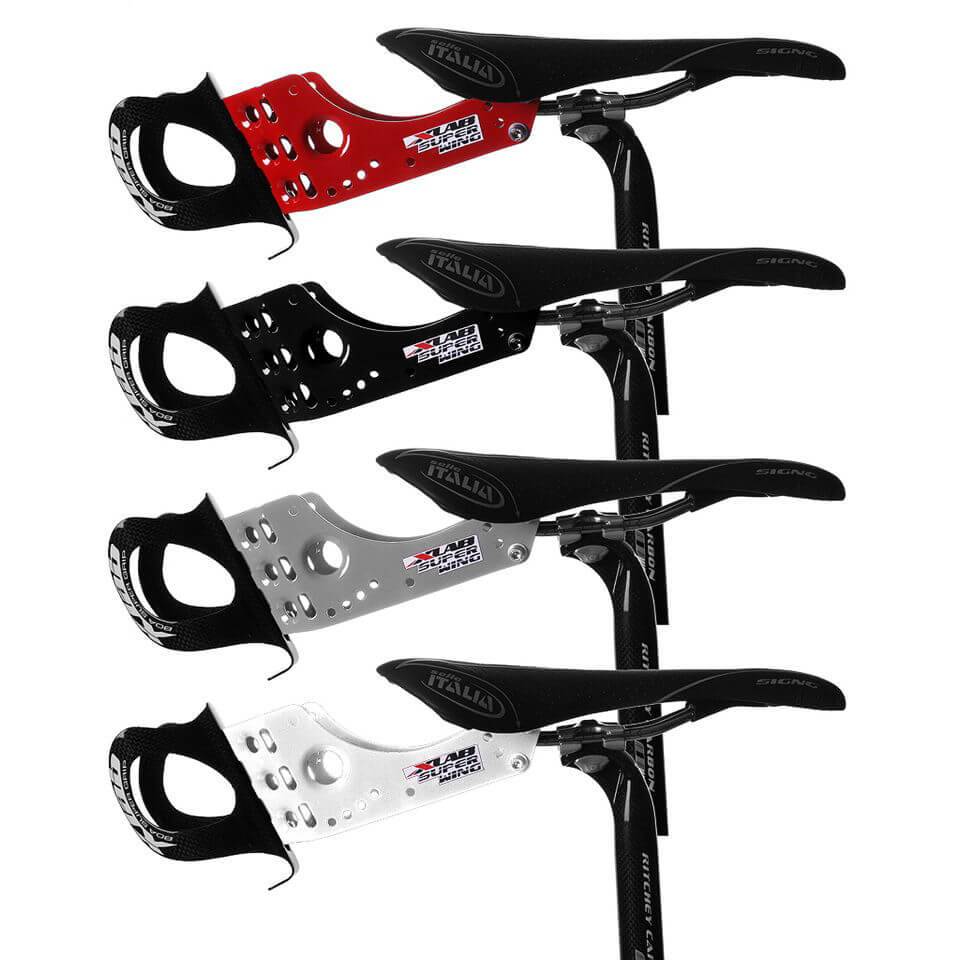 The most versatile hydration and repair carrier system. The original saddle mounted hydration and repair carrier. With over a decade of experience designing these carriers and winning more Ironman World Championships than any other competitors combined, Xlab have launched the first of the next generation of Xlab Hydration Carriers. Already endorsed by Michelie Jones, the 2007 Ford Ironman World Champion, this new wing will be on winning race rockets for the next several years. Rear carriers should not interfere with the air on the riders back, but instead fill in the turbulence hole behind the riders posterior, thereby reducing the riders drag (which accounts for 64% of energy used on a racing bicycle).

Xlab wanted the next generation of carriers to solve the problem of storing keys, cell phones, cash, tire levers, and other essential items. These and other items can be stored in the Xlab Mini Top Bag which drops vertically and easily into the rear luggage compartment and is secured by the top X-Strap. There are two choices for storing your CO2 cartridges and Nanoflator, or Xlab Speed Chuck on the rear of the Carbon Wing, using the optional hexagonal X-NUT or in the Xlab Mini Top Bag. Tires and tubes are always an issue, so now you can attach them neatly under the Carbon Wing inside a saddle bag attached to the mount underneath the carbon wing. With the new Carbon Wing you can use a single bottle cage on the rear or one on each side. These cages have no restrictive protrusion where the bottle enters the cage, instead the bottles are held in place with 4 proprietary X-Grip teeth between the two mounting screws.